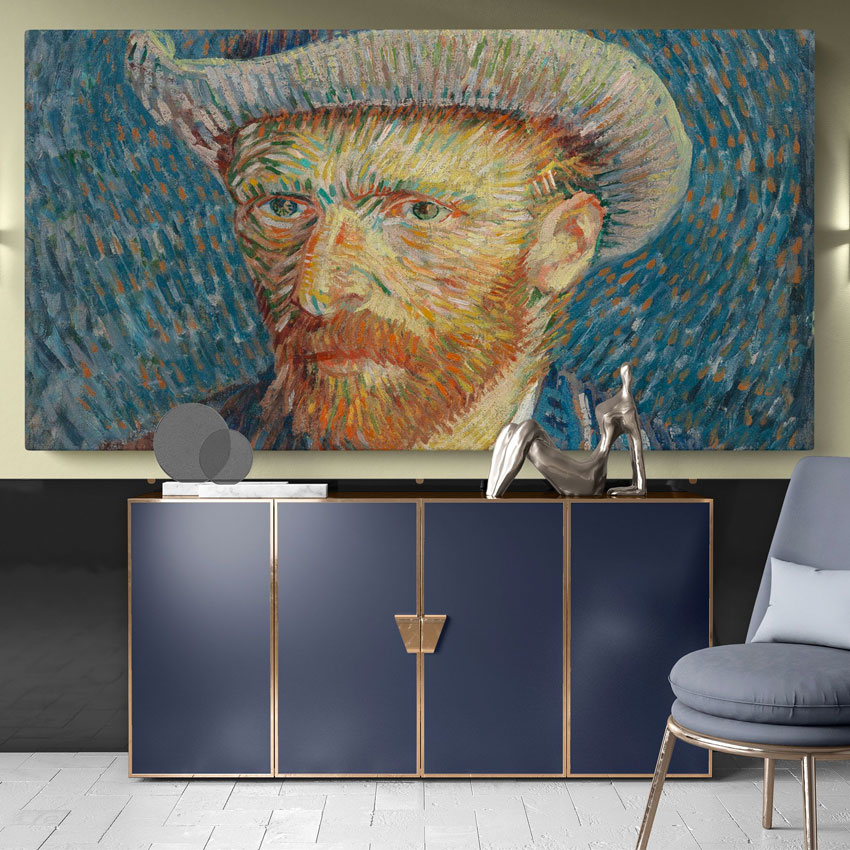 Van Gogh was a post-Impressionist painter from the Dutch whose work, most prominently Starry Night became famous after his death in the twentieth century. His vivacious brushstrokes and vibrant colour pallet had a significant impact on the 20th century Expressionism movement. He only had a ten-year career, but during that time he made almost 2,000 works of art, including oil paintings, portraits, still lifes, landscapes and watercolours.

Van Gogh's artistic style evolved throughout ages, most prominently after he travelled to France, yet many of his paintings reflect the specific traits:

Van Gogh uniquely used colours compared to other artists of his time. Rather than accurately replicating the colours of the subject of his painting, he chose colours that best reflected his feelings for the subject.

As seen in 1885's The Potato Eaters, Van Gogh started his career painting in dark, earth tones. When he came to Paris from the Netherland and encountered the work of Impressionist and Neo-Impressionist painters, he modified his colour palette dramatically, making it brighter and more brilliant. His paintings utilized vibrant tones of blue, orange, yellow, red, and green towards the latter half of his career.

He often used dark and bright outlines around subjects and covered the outlines with broad brushstrokes of colour, influenced by Japanese woodblock prints.

Van Gogh painted over 35 self-portraits during his short career, which functioned as self-examinations of his emotional and psychological state.

Some of the Best Vincent Van Gogh Paintings

From the Musée d'Orsay in Paris to the Metropolitan Museum of Art in New York City, Vincent Van Gogh's best-known paintings continue to motivate. 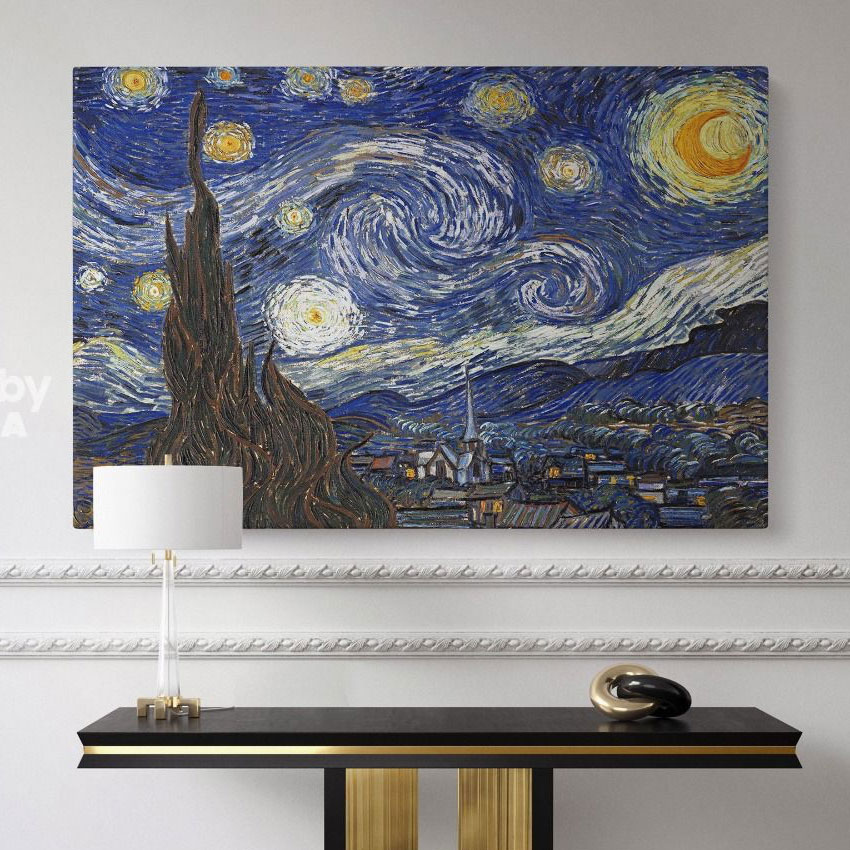 From his ground-floor studio cell in the asylum at Saint-Rémy-de-Provence, Van Gogh created his most famous work. A swirling-patterned night sky with a bright moon and countless dazzling stars shine over a tranquil countryside in this emotional piece, with a large cypress tree in the foreground. The Starry Night is now on display at the New York City's Museum of Modern Art. 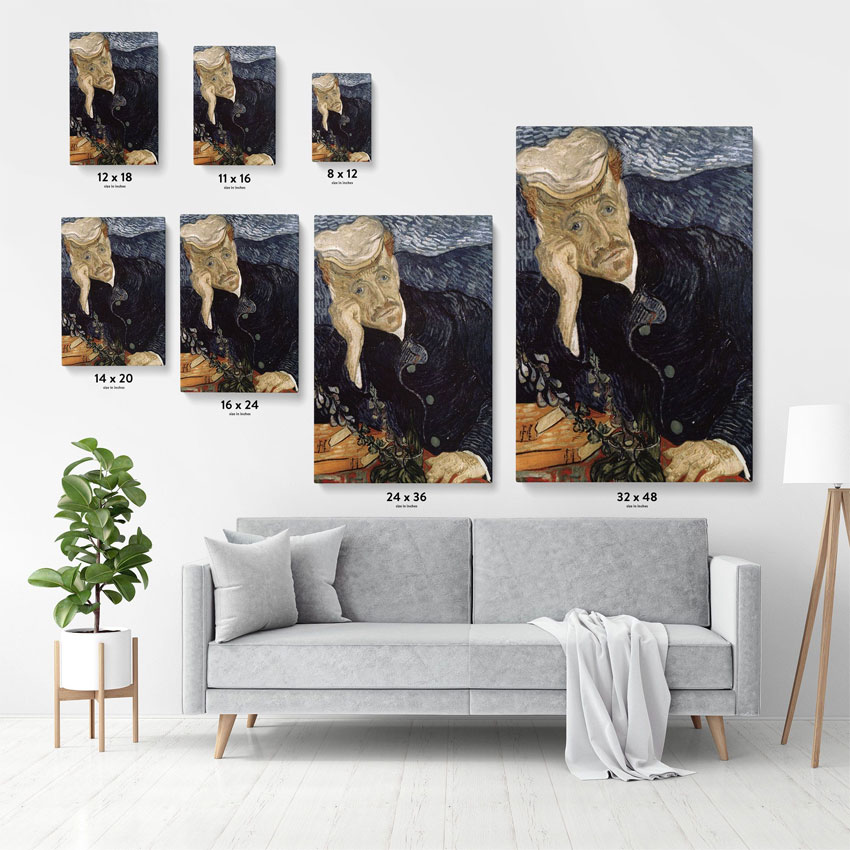 After Van Gogh left the asylum at Saint-Remy, Dr. Paul-Ferdinand Gachet became his caretaker and companion. Gachet is depicted sitting at a table, putting his head on his arm, and staring hopelessly out at the viewers in Van Gogh's portrait. This portrait was made in two options by Van Gogh, the first of which is in a personal collection and the second of which is on exhibit at the Musée d'Orsay in Paris. 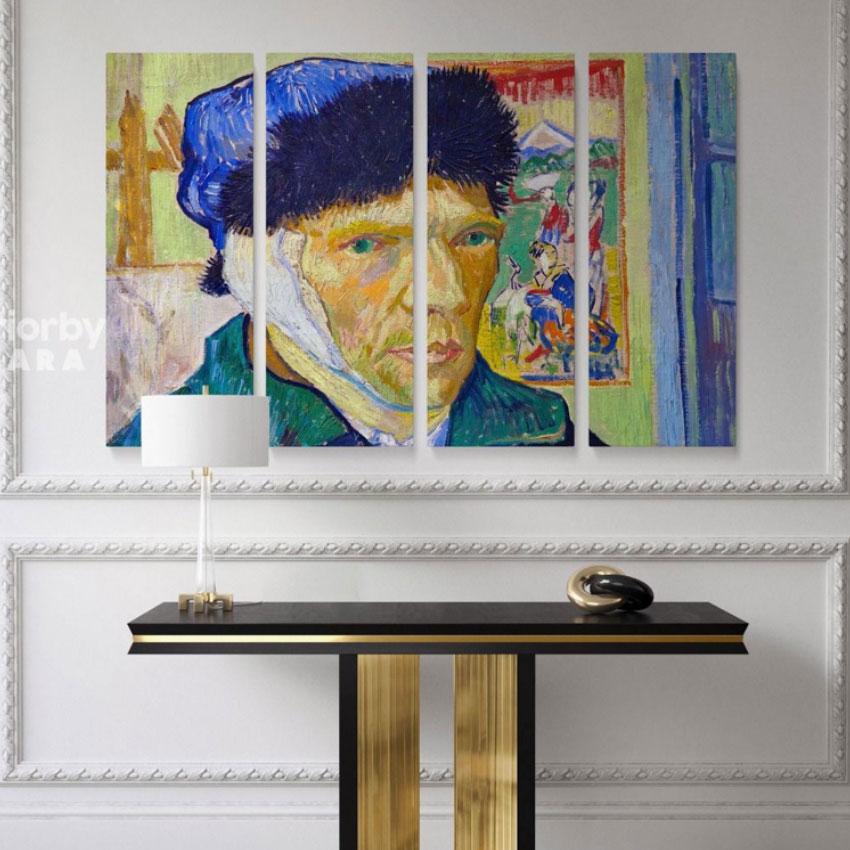 Van Gogh made this self-portrait while recovering from a fight with Paul Gauguin that resulted in him slashing off a portion of his ear. While the artwork makes it look as if he cut off his right ear, Van Gogh painted his self-portraits in front of a mirror, and the bandaged ear is actually his left. Self-Portrait with Bandaged Ear is now on display at the London's Courtauld Gallery. 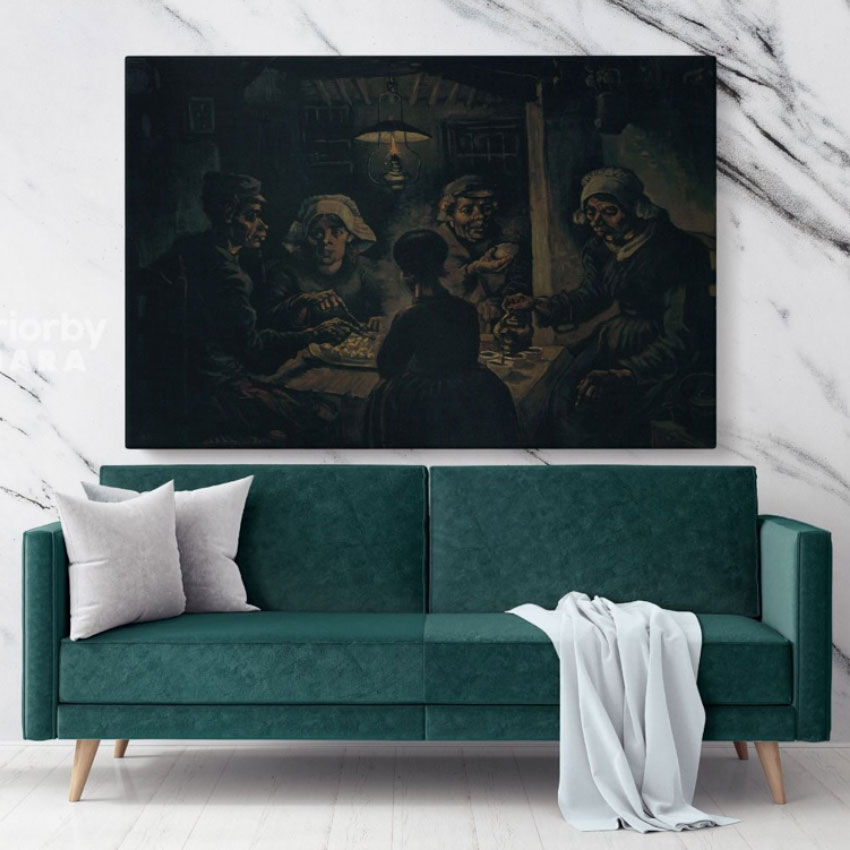 Van Gogh's first exhibition painting portrays a family of farmers sitting at their dinner table, eating potatoes, while he was living among farm labourers in Nuenen. To illustrate the terrible financial burden of farm labour, he employed a dark colour palette and accentuated the participants' unattractive features to depict the family's impoverished living conditions. The Potato Eaters can be found in the Van Gogh Museum in Amsterdam.

Van Gogh had tried his hand at a variety of jobs before he was 27 years old, including teacher, lay minister, and art dealer, to mention a few.

He abruptly resigned from these occupations and chose to devote all of his time and effort to drawing and painting — and there was no stopping him once he got started!

Within the next 10 years, van Gogh produced about 900 paintings and 1,100 artworks, averaging a new picture every 36 hours (on average) — amazing! It's incredible how much he accomplished in a very short time.

Most people have heard the myth about van Gogh chopping off his ear — and while it is true that his ear was chopped, the circumstances surrounding the incident still haven't been proven.

Van Gogh and his very good friend, Gauguin, were arguing, according to the common telling of the story. The dispute turned increasingly heated, to the point where van Gogh attacked his friend with a razor. Rather than injuring Gauguin, van Gogh cut off a piece of his own ear, wrapped it in a cloth, and later handed it to a prostitute.

But many historians believe Gaugin was to blame. According to legend, Gaugin, an awesome fencer, chopped van Gogh's ear off with his sword during a fight, and the two artists decided to keep quiet about it in order to avoid the cops.

Although it's also widely assumed that van Gogh's entire ear was removed, it's more likely that he simply severed a portion of the ear lobe.

‘Starry Night’ was painted when he was in an ‘asylum’

After the ear event, van Gogh went to the popular Saint-Paul-de-Mausole hospital, which was then called an "asylum," and was treated with "acute mania with generalized delirium."

Fortunately for van Gogh, he was able to keep working on his painting while in the hospital, and he would spend his days looking out the bar windows at the landscapes outside. He painted his most beautiful and famous painting, ‘Starry Night,' here.

In reality, Starry Night reflects his perspective on various days and even at different times of the day. He portrayed the scene at sunrise, moonrise, sun-filled days, cloudy days, breezy days, and rainy days as he sat there watching the light and weather changes.

Despite its status as a masterwork, van Gogh was never content with it and even claimed that it, along with many others he created while in hospital, were flops.

Vincent Van Gogh invented the craze of the post-impressionistic selfie

He was one of the first people to take a post-impressionistic picture.

Van Gogh created 43 self-portraits over the course of three years, but it was out of necessity rather than pride.

Van Gogh had few other individuals to paint because he couldn't afford professional models and had a small group of people.

He typically looks unshaven and scruffy in his self-portraits, with severely droopy eyes, a weak jaw, and missing teeth. There are even photos he painted shortly after he (or possibly Gaugin) chopped off his ear and wrapped it in fresh bandages.

Painting over his artworks instead of purchasing a new canvas was one of his other cost-cutting strategies, which leaves you wondering what more could be buried beneath those 900 pictures!

Are you looking for adding Van Gogh’s masterpiece to your living space, or want to revamp your space with a unique museum gallery-quality canvas? Huetion has an infinite range of premium quality wall canvases to match the décor and taste of every type! 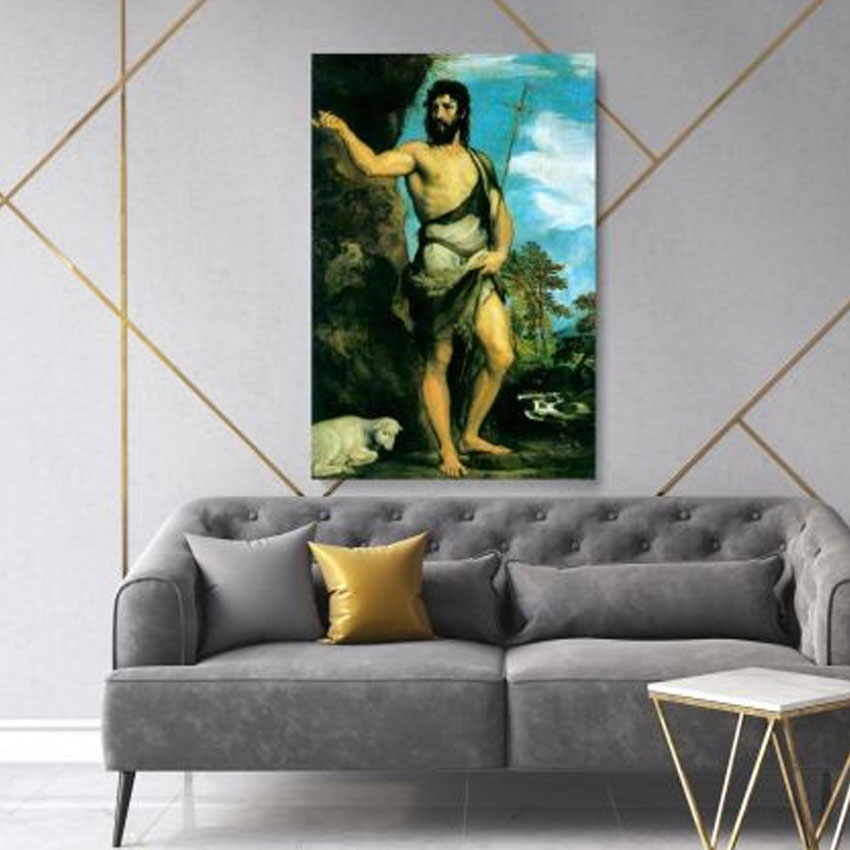 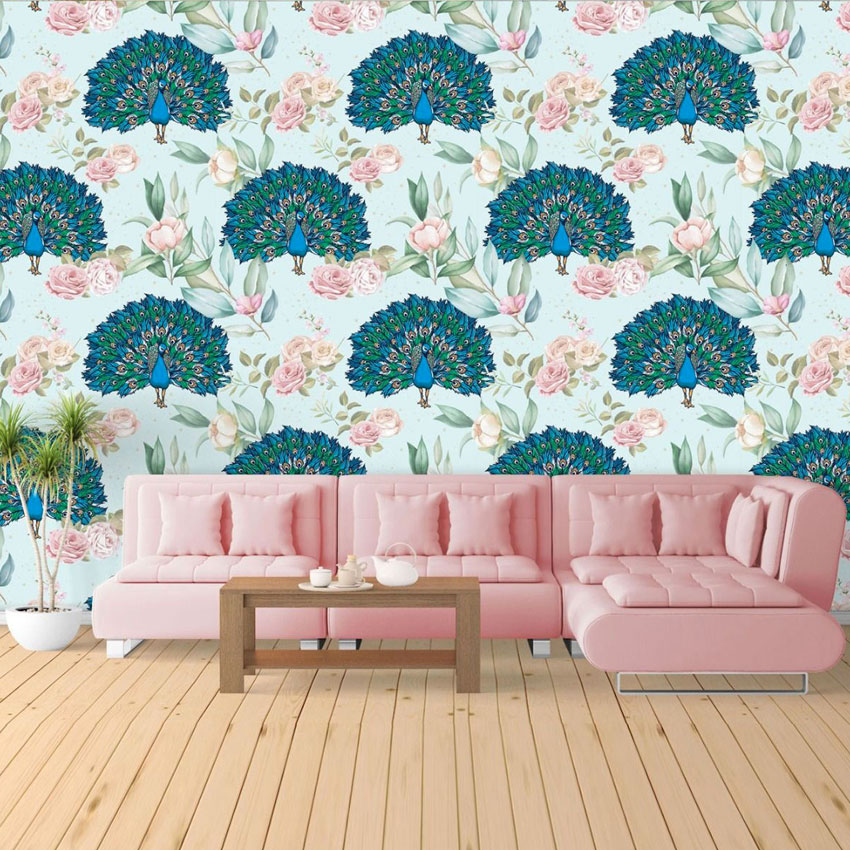 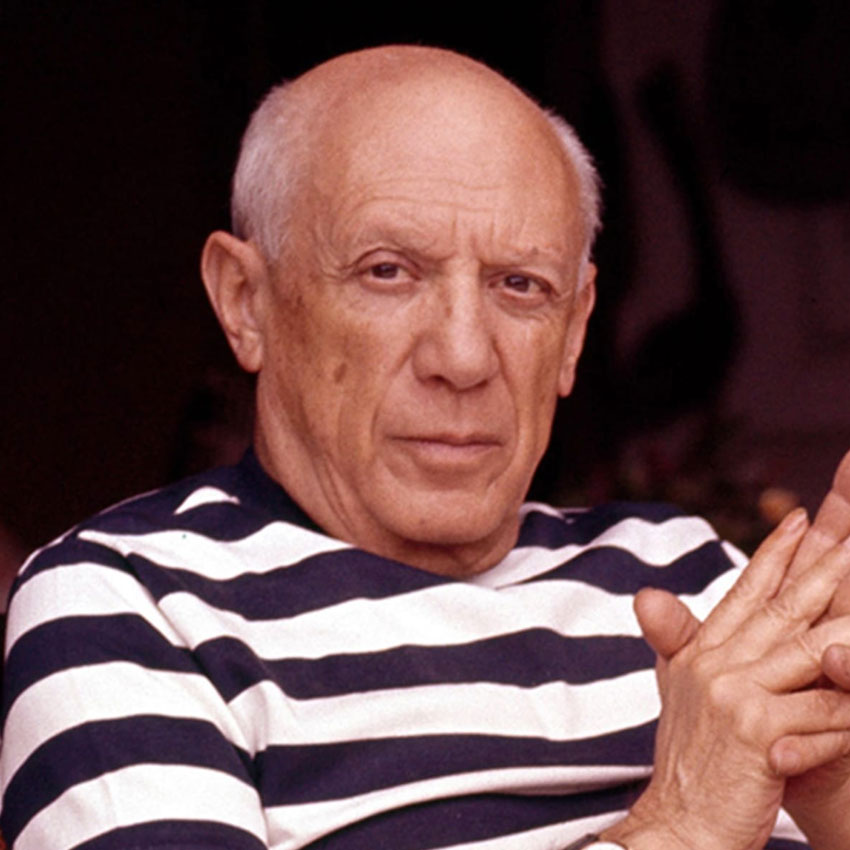 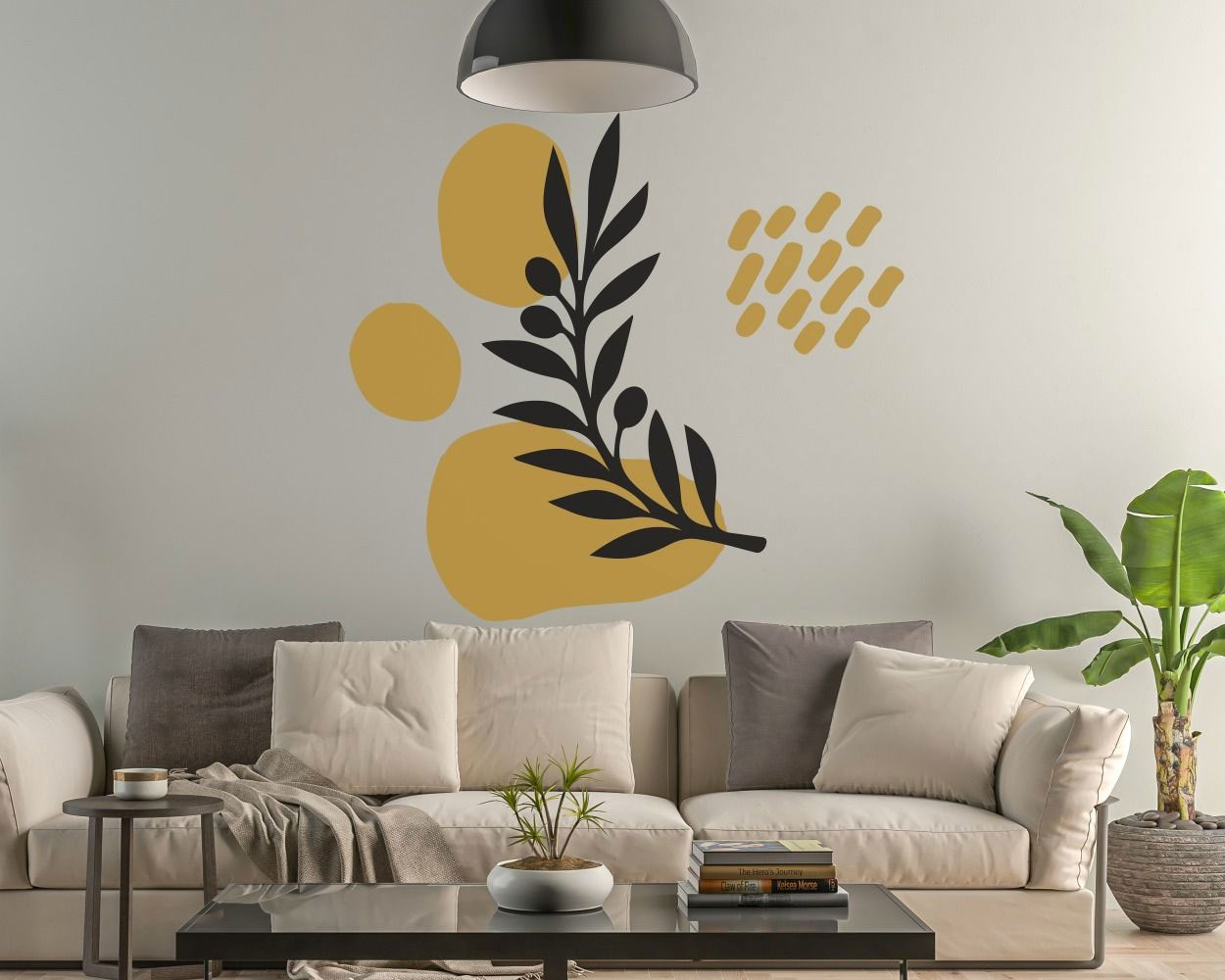